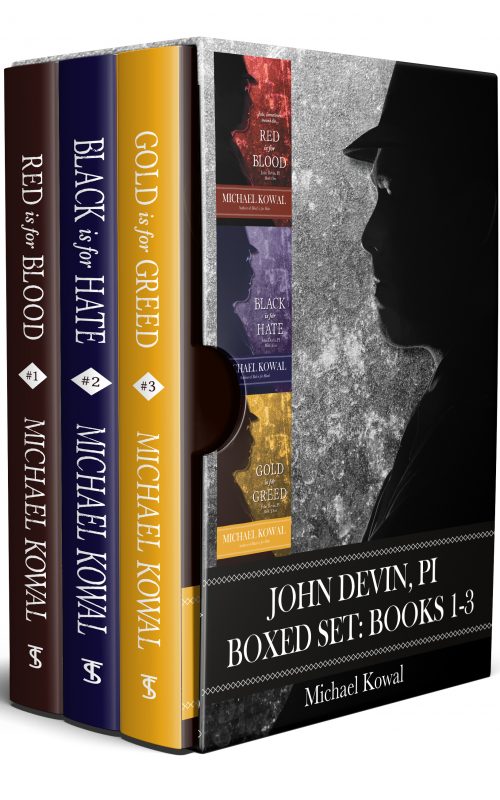 Order Now!
About the Book

Books 1-3 of the popular John Devin, PI mystery series set in 1930s Los Angeles — From Chinatown and diamonds, to a ruthless killer on the very dark side of LA life, to a Hollywood starlet murdered at the height of her fame.

If you like your detectives hardboiled and with attitude, with a strong sense of right, and yeah, with a heart — plus characters you want to spend time with — grab this Boxed Set, complete with the first three novels in the John Devin, PI series.

Come on along and join Devin as he solves his way through the amazing 1930s — the most dangerous, glittering, low-life time in Los Angeles’ crime filled history.

Red is for Blood:

It’s Christmas. 1929. Los Angeles. John Devin, ex-Marine and current PI, sits at his bar stool nursing a whisky and cracked ribs. Then a buddy walks in. Out of the blue. Like fate brought him in.

The buddy’s request: keep him alive until he sells a certain diamond.

But that diamond leads Devin on a chase through LA that eventually leads to Chinatown and the leader of its underworld, a man with a hidden secret. Sometimes people are brought together for a reason. And sometimes that reason — is to die.

Black is for Hate:

Nothing shocks in 1930s Los Angeles — except five of the most brutal murders the city has ever seen.

Five women killed. A city plagued — until Devin enters a world of brutality even he never imagined

Haunted by the shadow of the most brutal chapter of his own life, Devin races to stop the final kill as he wrestles with his past’s never-fulfilled — dark — black — need — for revenge.

Gold is for Greed:

A mother walks into John Devin, PI’s office with one request — clear her son of a murder he didn’t commit, before he’s executed, the next day.

And the murder? Only Liliana McGann, the biggest starlet in Hollywood. Used by everyone who could get a piece of her until someone was finally done — and killed her

Devin plows through bad cops, organized crime, and the biggest studio in town in a race against the clock, with a guy about to die, to get who actually did it until there’s only one thing sure in the end: Hollywood — will never be the same.

Other Books in "John Devin PI" 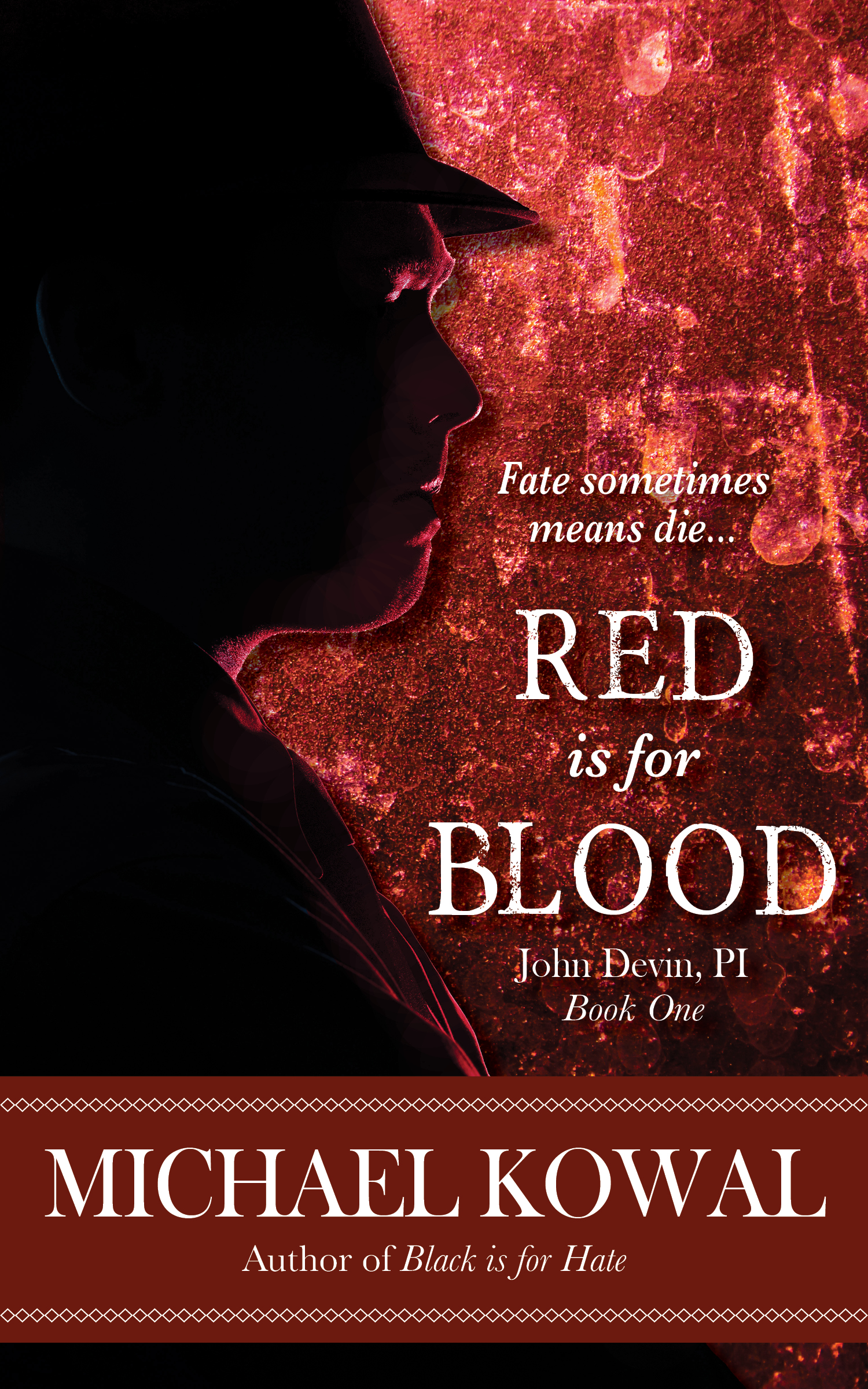 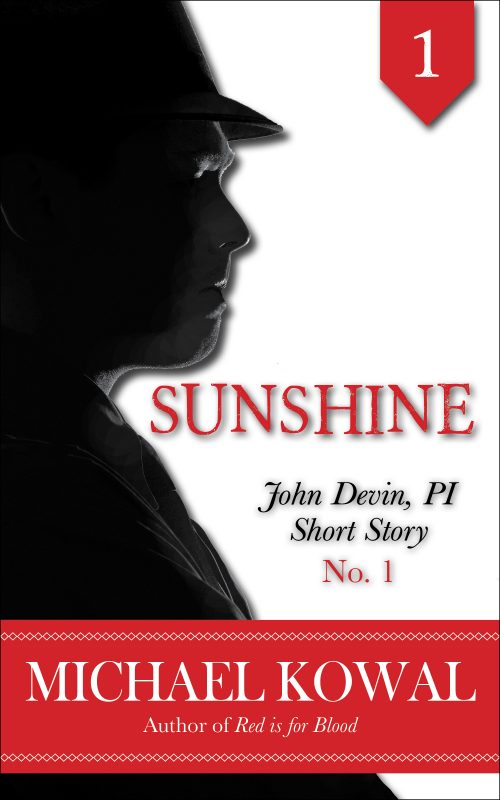 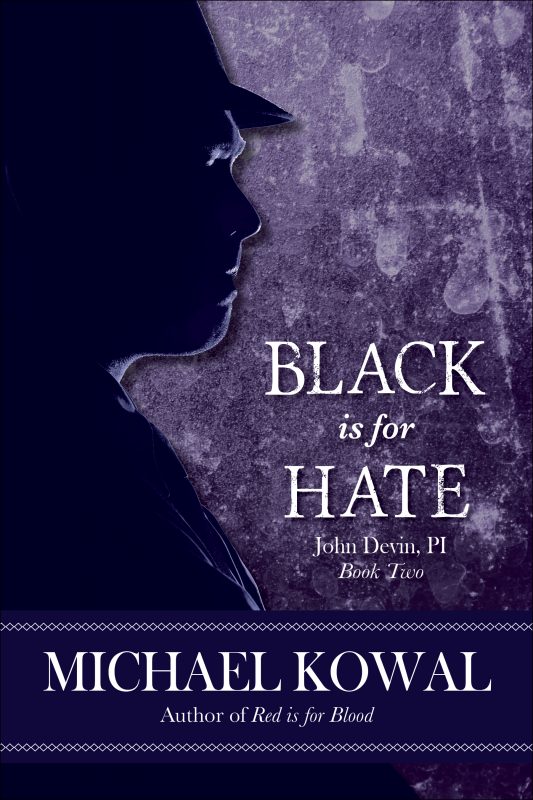 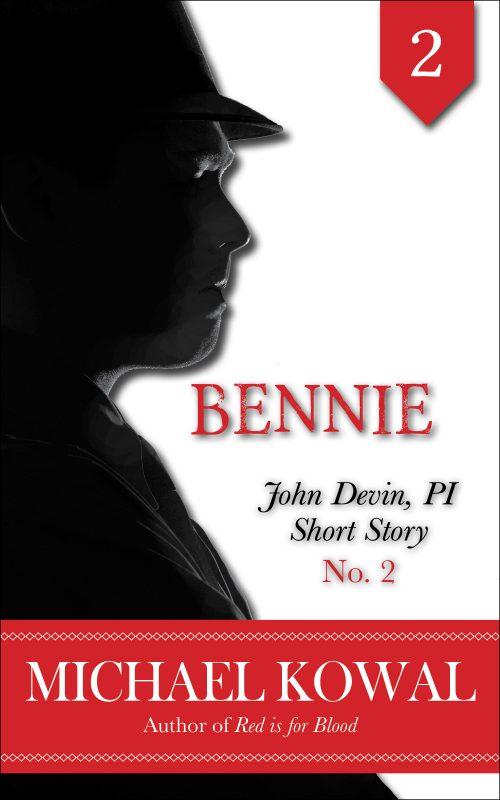 Gold is for Greed
Preview
Disclosure of Material Connection: Some of the links in the page above are "affiliate links." This means if you click on the link and purchase the item, I will receive an affiliate commission. I am disclosing this in accordance with the Federal Trade Commission's 16 CFR, Part 255: "Guides Concerning the Use of Endorsements and Testimonials in Advertising."